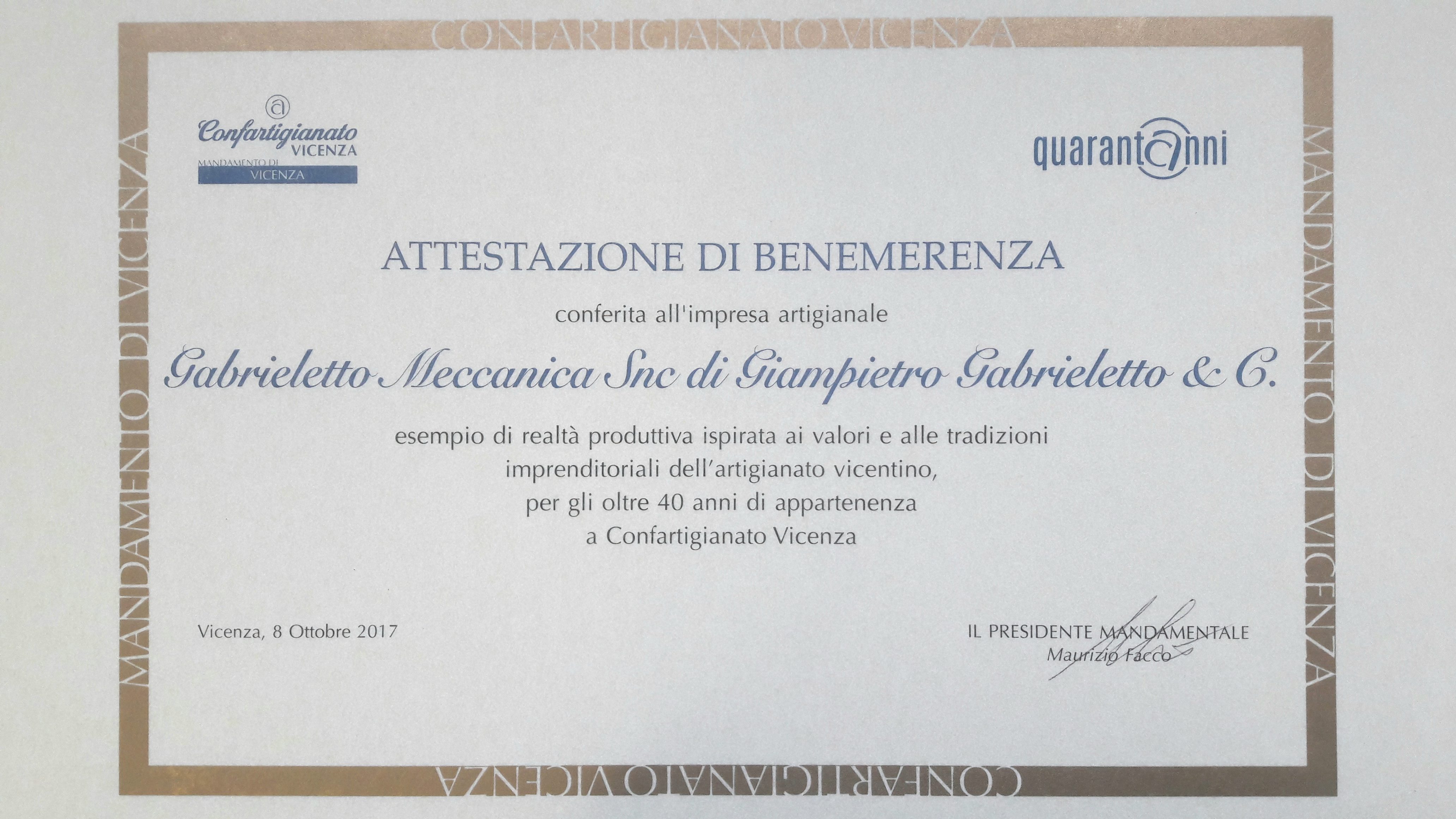 Sunday 8th October 2017 the “Premio Fedeltà Associativa 2017” event took place with the objective of highlighting those businesses who have distinguished themselves with many years of business and association loyalty which have reached the milestone of 40 years of operation alongside Confartigianato Vicenza.

Gabrieletto Meccanica was among these thirty Vicenza-based companies who received awards, having known how to forge ahead, overcome obstacles of every kind and, in particular, in the last few years, have overcome unexpected obstacles and used their ability to innovate and re-invent themselves by quickly adapting to new market requirements and acquiring new clients and new markets.

“The date is much anticipated (300 in the Theatre) because it is a moment of pride, not only for the companies, but also for the territories where they work, for the Administrative District and all of Confartigianato – explained the Chairperson of the Administrative District Maurizio Facco-. In fact, as these companies have demonstrated, the artisan sector is still very much alive and, after a period of adjustment, data are positive again, so much so employment is on the up. Therefore, there is no reason to think that the Italian artisan tradition is destined to disappear. On the contrary, among the industrialised countries, Italian handcraft holds a privileged position and the excellence of our manual production is recognised around the world. The strength of knowledge lies in merging values such as uniqueness, aesthetic and quality with creativity, intelligence and craftsmanship: the artisan tradition, our identity, but also innovation and growth, are the results of this process”.